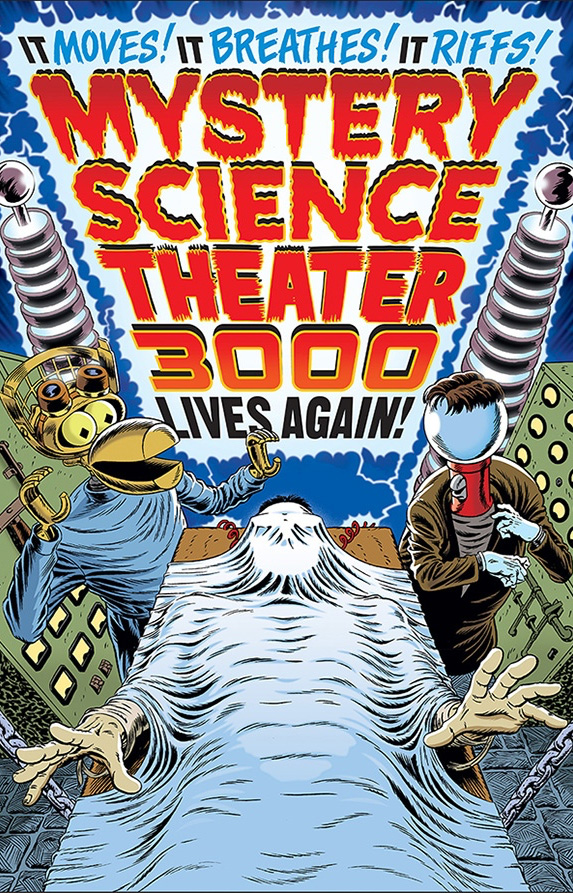 This semester, I’m taking night courses at Pratt in order to (finally) learn to use digital mapping tools. For my Introduction to QGIS course, I am working on a project that examines the historical afterlives of the HOLC redline maps of the late 1930s. In order to do that, I needed to map those districts onto a contemporary streetgrid. On the right below is my first attempt at this, next to the original. 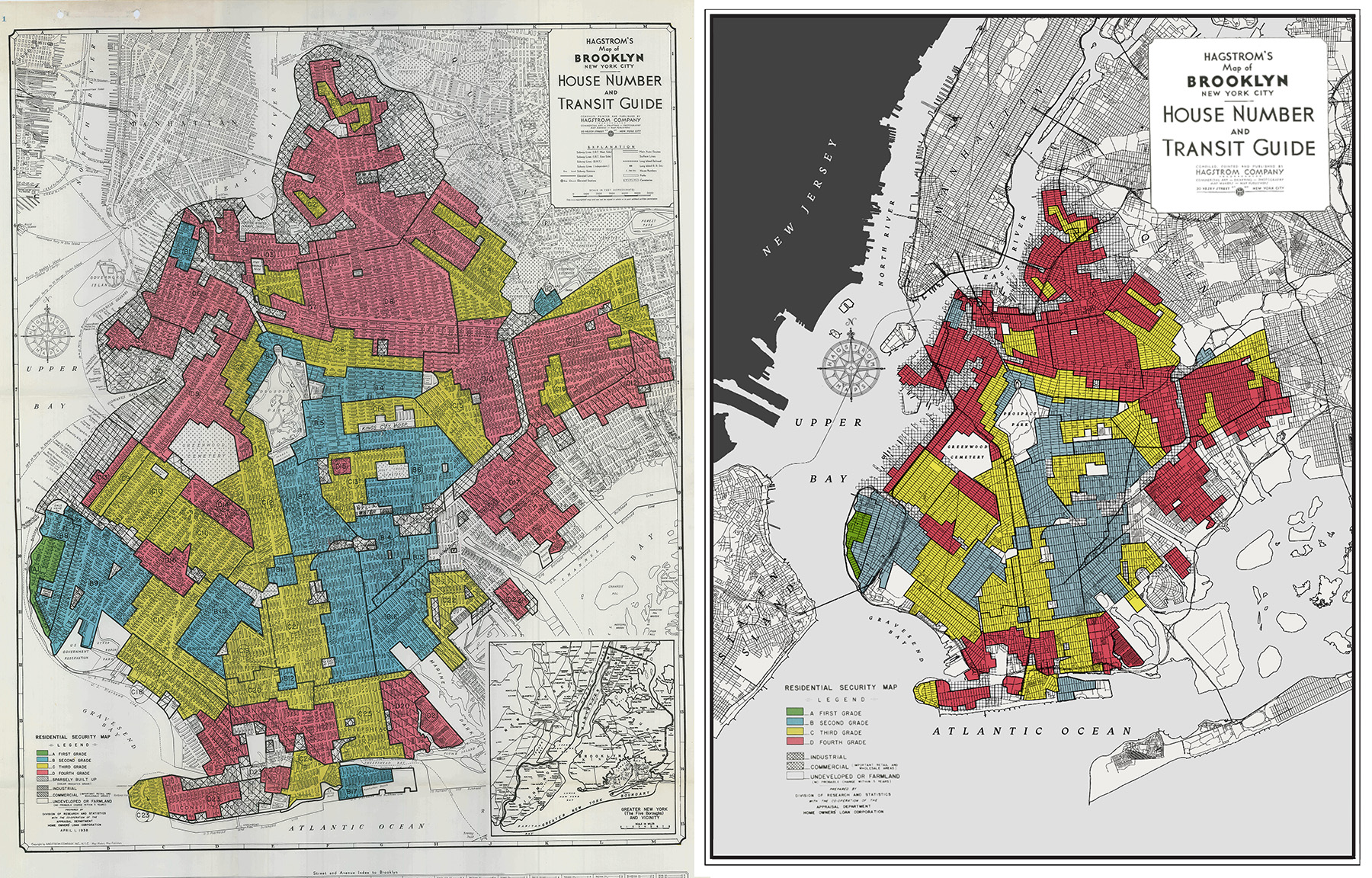 In the second chapter of Elizabeth Kolbert’s The Sixth Extinction there’s a section where she details the historical emergence of the idea of extinction (an idea I never imagined as having a pre-history). In it, she describes a mistakenly identified fossil found in the Netherlands that had been given the name Homo diluvii testis (or ‘man who was witness to the flood’). Given what I’ve been reading lately—like William Gibson’s The Peripheral and other anthropo-scenic lit—I couldn’t help but think that this name—originally meant for an organism with a “large, half-moon-shaped skull”—could describe a global us, the mass of humans living through the anthropocene observing and producing a long, slow flood on a biblical scale, but largely ambivalent about it. In this way, the name homo diluvii testis also recalls Giorgio Agamben’s exploration of homo sacer, a person both inside and outside of law—banned from the city and able to be killed with impunity, but not sacrificed. I started to wonder if perhaps we have become homines diluvii testis (pardon my ignorance of Latin here…).

I’m not sure if this is a global nihilism, an engagement with the horror of philosophy, or something ontologically different in degree, so I suppose that after I finish The Sixth Extinction I should pick up Eugene Thacker’s In the Dust of This Planet: Horror of Philosophy vol. 1. Students in my Global Development course read Sylvia Federici’s “Wages Against Housework” this week, and the discussion the text provoked was one of the most lively and critical that I’ve ever had in any of my classrooms. Students seemed willing to engage with a whole suite of issues–from the problem with naturalized gender roles to 40 years of transformations in economies of care (especially vis. migrant women doing carework) to some pretty substantive questions about capitalism and justice. I often feel like these questions remain stuck behind students’ thick wall of suburban apathy. But this. This was a breathe of fresh air.

My friend Emily, who originally sent me the essay over the summer (after meeting Federici) also sent along this image, which is great.

Strike while the iron is hot, people.

During her talk at a workshop I recently participated in at the University of Toronto, the inimitable Laleh Khalili read the entirety of a poem by Derek Walcott titled The Sea is History. I don’t encounter a lot of poetry in my life, and when I do I’m not often moved by it. But this particular poem really seemed to strike a chord with me, with its tales of seafarers careening across the watery surface, further submerging already buried memories, bodies, and systems of economic exploitation. Here’s the first stanza:

Where are your monuments, your battles, martyrs?
Where is your tribal memory? Sirs,
in that grey vault. The sea. The sea
has locked them up. The sea is History.
“The Sea is History” from Selected Poems by Derek Walcott. 2007

The rest of it can be found here.

I’m very excited that this map has been viewed so many times, and if it can in any way assist part-time and contingent labor in their struggle for better pay, that would be amazing. It’d be wonderful (to me) if the map encourages people to debate what might be a ‘rightful share’ for teaching and intellectual labor in higher education. That said, I should also reiterate that I am very aware of this map’s limitations and methodological issues, and I thought I should explore some of them here:

Mapping Adjunct Pay at Colleges and Universities across the U.S.

From Canada Land Inventory Geo-Information System Data for Decisions from 1967.

Annual Conference for the Association of American Geographers, 2017

The Korean War saw the capture of enemies on the battlefield become far more meaningful than simply the removal of a body from the field of war. During the conflict, the detainee body circulated in a suite of mediated spaces: in international law, at the negotiating table at the Panmunjom armistice meetings, in newspapers, and as a dynamic subject in a host of military doctrinal revisions. This period also corresponds with the emergence of a flurry of social scientific research that sought to unleash the power of rationality and modern science on complex and unruly systems. Indeed, these two narratives are intertwined, as one of the central ways that the American military came to know the cultural landscape of the Cold War enemy was through social and behavioral scientists’ use of wartime detainees as entries in a living database, and war prison space itself as a research laboratory.

In this paper, I detail a series of studies produced by teams of scientists that were dispatched to the Korean War camps to interview both prisoners and combatants, using cutting-edge research methods to generate recommendations about managing the often-disorderly practice of apprehending prisoners. As the case studies here suggest, these scholars became an integral part of the fledgling Cold War military-industrial-academic complex, and in the Korean war prisons they sought not only to calculate and quantify the vagaries of the battlefield, but also to repackage them as governable spaces that neatly reproduced the structure of a clear bipolar geopolitical narrative.