From the blockades against settler constructions at Mauna Kea and Wet’suwet’en to resistance along China’s New Silk Road or on the streets of hyper-policed cities across the North America, radical movements are exposing how infrastructures have historically underpinned various intersecting forms of imperial, settler colonial, and racial capitalist power. Across these sites, Indigenous land defenders, Black Lives Matter activists, abolitionists, labour organizers, and others have challenged these projects with a militant praxis of struggle, committed to constructing the alternative infrastructures needed to sustain decolonial modes of collective action and solidarity-building.

If infrastructures are understood as the systems that build, sustain, and govern everyday life, what types of questions might historically-oriented scholarship foreground about radical politics organized through and around infrastructure?

Here’s draft syllabus for a new course I am working on for Spring 2022. A PDF of the full thing is here, with images, assignments (everyone’s got a podcast now…), and waaaaaaaay too many supplemental readings. I think I’ll include them in the final version as they will help me frame the conversation in class and offer the students helpful starting points for their projects.

In recent decades, the world’s most advanced militaries have largely avoided engaging in massive industrial-scale military operations in favor of “light” or “no” footprint interventions like kill/capture raids and unmanned aerial drone strikes. Accompanying this strategic-technical turn has been an expanding suite of international legal norms that marginalize those engaging in wars for direct territorial gain or ethnic or national domination. While still maintaining their abilities to engage in cataclysmic total wars, one result of this shunning of “crimes against peace” (United Nations 1945, Art. 6) is a now-pervasive form of militarism in which states incorporate humanitarian concerns—concerns about the wellbeing of specific populations on or near the battlefield—into their military activities. States and military planners have long claimed that there is a world at stake their side’s use of force, that theirs is a form of “war for humanity.” In this contemporary context they now also argue that theirs is a war carried out “with humanity,” (Zehfuss 2012, 864) a targeted distribution of lethal force that minimizes civilian casualties and is, broadly, humane.

The impacts of this shift are legion. It is undeniably true, for instance, that fewer civilians have died as a direct result of recent acts of military aggression informed by this highly instrumentalized form of humanitarian concern. But rather than herald an end to war or a privileging of peace, the increased utilization of the techniques of humane war has meant that states are more likely to deploy lethal force in more places rather than pursue other forms of conflict resolution. That is, the reduced costs—financial, human, and political—that martial states carry when they deploy violence for-and-with humanity diminish the perceived barriers to using lethal force in the first place (Moyn 2021).

While the spatial and temporal extents of this violence are quite fluid and ambiguous, one of the chief facilitators of this humane killing is the paradoxical centrality of automated precision weaponry. This chapter seeks to outline the tensions at this nexus of humanitarian care and precision military lethality. In highlighting a 2020 drone strike in Libya, the first part of the chapter sets out to frame the ethical stakes of warfare in which digital algorithms potentially enact the decision to kill human beings and the technical accuracy of lethal tools serves to substantiate claims to their humanity. The next section explores the foundational imprecisions that sit at the core of this form of humane killing, first in the history of international humanitarian law and next in the pages of military doctrine.

Building on these two narratives, the closing sections of the chapter return the focus to the lethal tools of humane war to caution against erasing the complex politics of precision that shape the contours of humanitarian military interventions. Uncritically associating a device’s technical accuracy with the humaneness of the deaths it produces conceals both the massive transfer of the bodily risks of war (Shaw 2002; 2005) and the uneven ways that certain people in certain locations are made vulnerable to war’s spectacular and suspended violences (Ophir and Azoulay 2005). Improved accuracy does not erase these asymmetries.

Society & Space recently published my review for Monica Kim’s excellent book Interrogation Rooms of the Korean War: The Untold History as part of a book review forum on the theme of “Transpacific Geographies.” For this forum, I, along with Dr. Wesley Attewell and Dr. Emily Mitchell-Eaton wrote reviews of three books and framed them with a substantive introductory essay. We also compiled a short microsyllabus for geographers teaching material that intersects with the oft-overlooked transpacific: 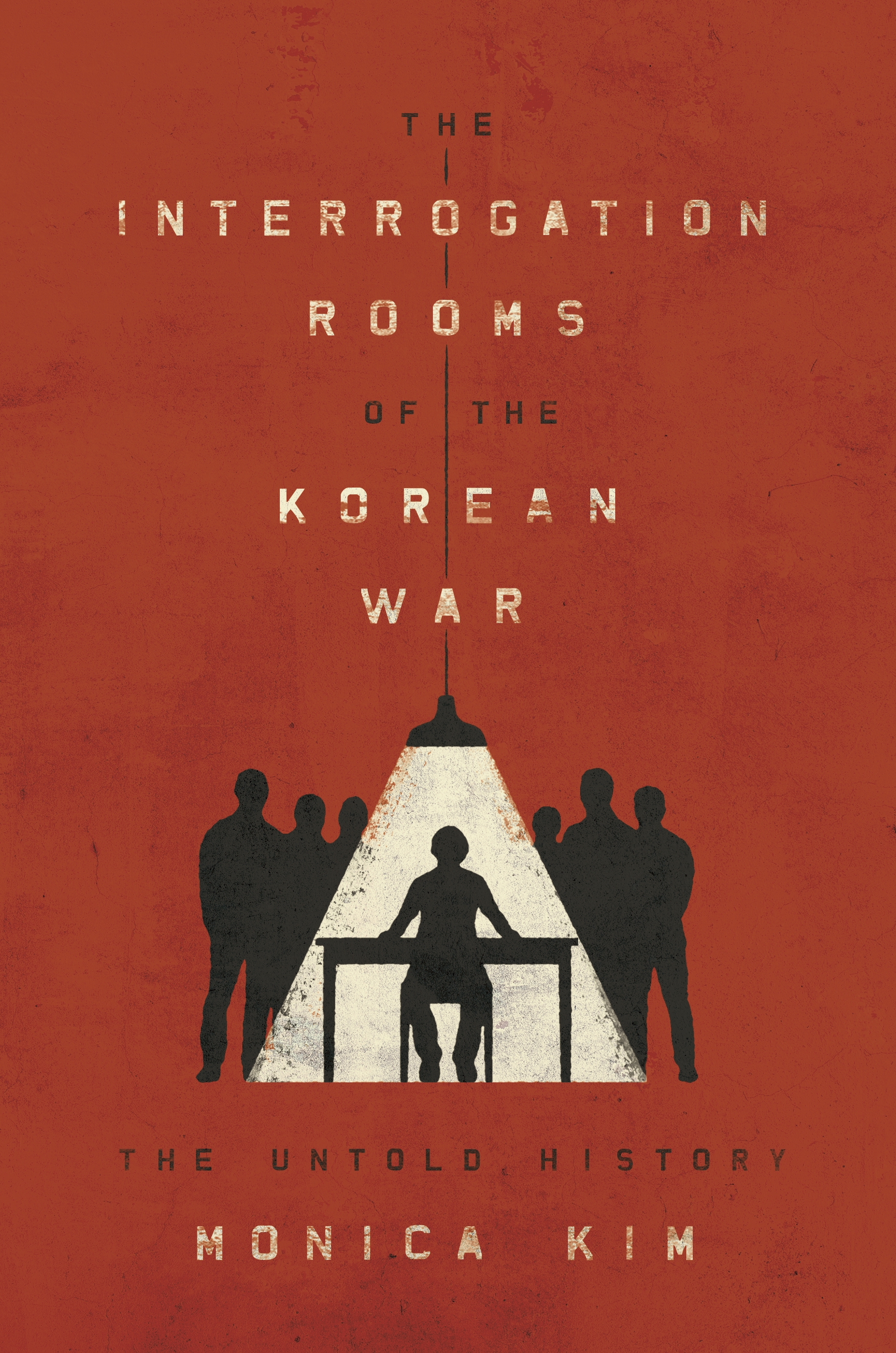 “Why, given all of the ways that we still live with the legacies of violence near the 38th parallel, do political and historical geographers focus so exclusively on other mid-century case studies like Vietnam or the transatlantic Cold War, replicating the omissions embedded in films like The Never-ending War? As Kim’s text makes evident, the borders drawn on the peninsula may frame our conversations about its geographic history, but they often obscure more impactful infrastructural connections that continue to have dynamic and often devastating afterlives. In The Interrogation Rooms of the Korean War, Kim is making a world, mapping a world, out from a small room, and likewise mapping a small room through the tangled circuitry of the world.”

Here’s a link to the book review forum.

I’m getting pretty excited for this year’s AAGs. I’ll be giving a paper in a two-session series organized by Brittany Meché and Emma Crane called The Long Wars: Mapping Liberal Empire through the War on Drugs and the War on Terror (Session I; Session II). The organizers look to have pulled together a really interesting discussion, and the set of papers/topics all seem fantastic. The work I’ll be presenting is (mostly) new, but in working on it recently I’ve started to think that there’s possibly an article in the material. Now I just need to figure out how to tell the story in only 20 minutes!

A decade ago, populations in US-managed military detention facilities across Iraq and Afghanistan spiked as coalition forces intensified martial activity in the War on Terror. As numbers escalated, and in the wake of earlier prisoner abuse and torture scandals throughout their military detention archipelago, the US sought to transform both the image of camp facilities and how they functioned as key spatial instruments of global warfare. One of the ways that this shift manifested within the camps was an increased investment in prisoner education and vocational training programs. These wartime carceral curricula were built on Cold War antecedents that sought to draw together the objectives of military strategic necessity with a logic of humanitarian care enshrined in international law. They also relied on lessons learned in the wars on crime and drugs, which themselves had been workshopped in the military prisons of World War II, Korea, and Vietnam.

In this paper, I foreground the implementation of these prisoner education programs in the diverse militarized detention spaces of what historian Nikhil Pal Singh has called America’s Long War. These curricular endeavors highlight the complicated imbrications between care and violence, domestic and foreign, and practices of racialized exclusion and universalizing inclusion that lay at the heart of wartime carceral geography. Rather than approach military detention facilities solely as tools of wartime spatial management, I highlight their position as key sites of wartime labor and knowledge production that enroll soldiers, detainees, and academic communities alike in the process of liberal subject formation.

Currently in press at The Journal of Historical Geography.

In this paper, I offer a detailed examination of the spaces and practices of detainment used by the United States military and its proxies between 1945 and the armistice that produced a so-called ‘end’ of the Korean War in 1953. Avoiding the reductive trappings of the Cold War binary, which positions this ‘long peace’ as a byproduct of two territorial powers struggling for geopolitical control, my chief objective is to explore how the use of carceral infrastructures on the peninsula demonstrates the abundant connections between the brutal imperialism of the Japanese regime, the US military government which ostensibly sought to liberate people from colonial oppression, and the violent police action meant to contain the ‘expansive tendencies’ of the Communists. 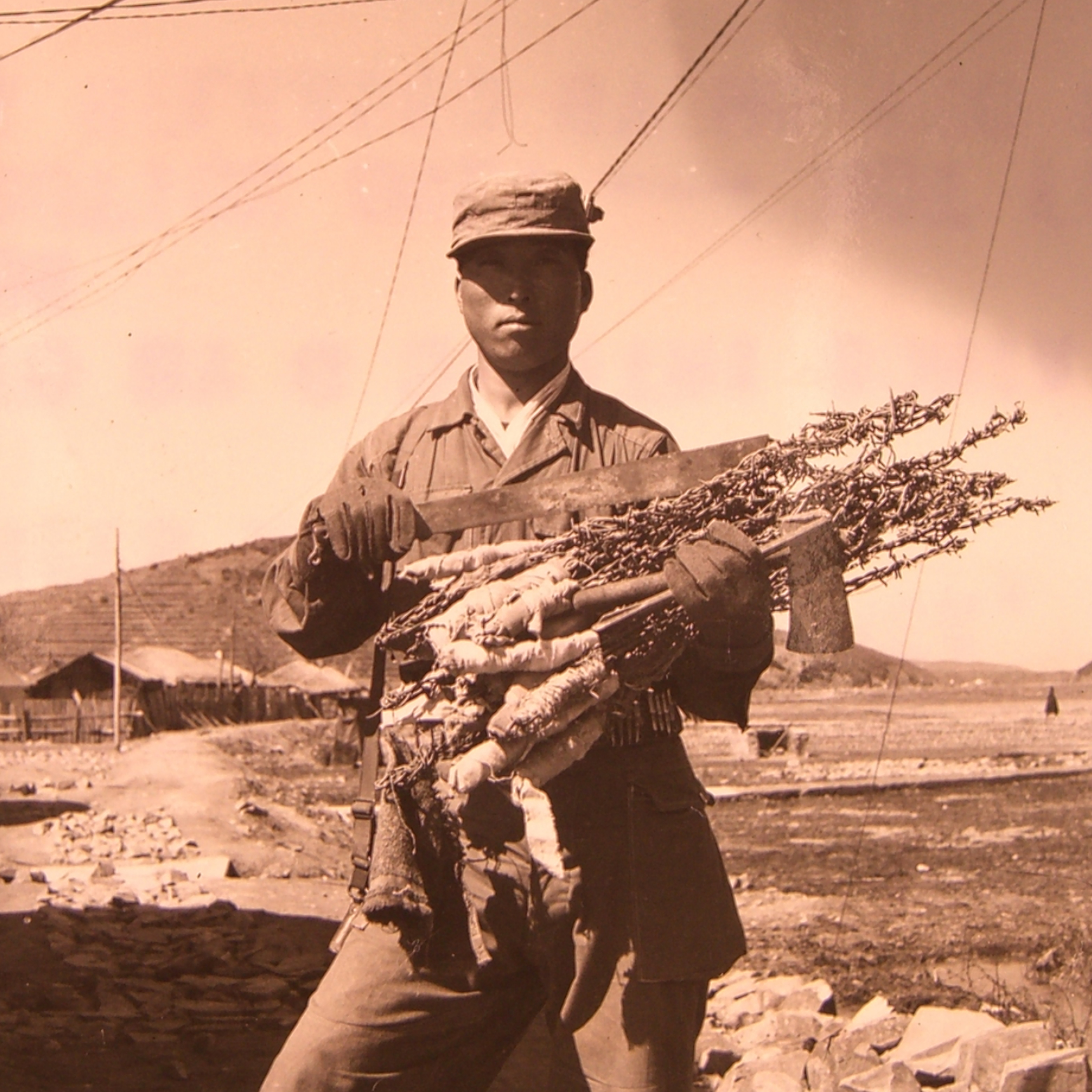 I first position this paper relative to geographic scholarship on prisons, focusing on the important links between carceral spaces and state border-making practices. Next, I place the border-making capacities of carceral spaces into conversation with the complexities of empire by briefly describing the Korean prison assemblage under Japanese colonial rule. I then argue that key aspects of the Cold War carceral infrastructure overseen by the US in the wake of World War II are protractions of the often-ruthless violence of Japan’s colonial prison system. In the paper’s final two sections I outline the prison systems of the U.S military occupation of southern Korea and the subsequent landscape of detention during the Korean War. Though frequently overlooked, I demonstrate here that spaces of military detainment are important contact zones where the racial and the imperial collide, offering historical geographers a suite of crucial sites through which to push back against the Cold War’s simplified binary rhetoric.

I wrote a review of A. Naomi Paik’s fantastic book Rightlessness: Testimony and Redress in U.S. Prison Camps since World War II: 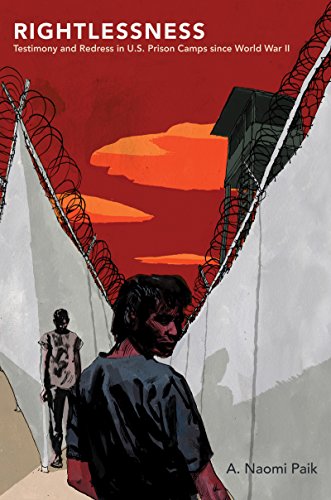 “The U.S. state often uses the declaration that “we are a nation of laws” as a pretext for the its increased reliance on rights suppression, expulsion, and carceral power (c.f. Trump, 2017). Whether in reference to the expansion of strategies for the apprehension and detention of migrants, the intensification of racialized urban policing tactics, or the torture of so-called unlawful enemy combatants, the specter of law paradoxically works to rationalize the removal of legal protections from targeted populations.”

At the end of our last classroom meeting, the students in Environmental Geography worked in small groups to imagine a future in which our lives are not beholden to the extraction and incineration of eons-old subterranean hydrocarbons.

Informed by a semester-long exploration into the histories of our shared present, and banged out in a day, this is our draft manifesto for a more sustainable future. I have to say, I’m pretty proud of these kids: